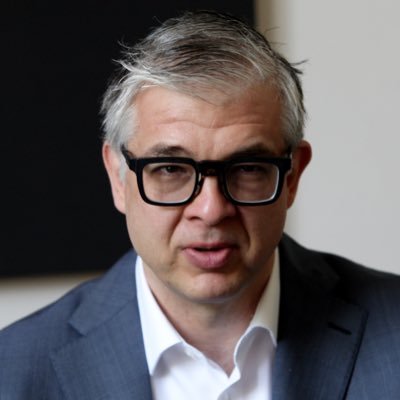 Adam Sofronijevic (1973) holds a PhD in library and information science from University of Belgrade, a MSc in management and a MSc in library and information science and a BSc in information and communization technologies. Adam is certified with CISCO CCNA industrial certificate and over 40 Coursera, Udacity and MITx online certificates in fields of computing, management and humanities. His PhD thesis is entitled ''New paradigm of library collaboration'' and is built around the first European wide research into implementation of Enterprise 2.0 in libraries. He has ten years of managerial experience as a department head and a deputy director of University library Belgrade and rich experience as a board member of University library Belgrade, ''Milutin Bojic'' library in Belgrade and DART Europe. Adam was the driving force behind participation of University library Belgrade in two EU CIP ICT-PSP projects and is currently heading the participation of the library in Horizon 2020 READ project. He was also responsible for implementation of 10 projects granted by Serbian Ministry of culture. Adam has published internationally over 60 peer reviewed articles and book chapters and has been presenting at more than 30 international scientific conferences in 12 European countries. He is a member of LIBER annual conference program committee since 2012. Adam is locally well known lecturer and speaker with more than 70 presentations held for librarians in Serbia and many lectures given for PhD and master students at University of Belgrade. He has rich experience in media communications and public relations being an organizer of more than 50 special events hosted by University library Belgrade some of which included participation of dignitaries such as the President of Republic of Serbia and ministers in Government of Republic of Serbia.

All Sessions by Adam Sofronijevic

Open Science: The Remedy for a Post-truth World

Open Science is not just another meme among researchers, librarians and others leaning towards social justice and a better world for all. Make no mistake about it, the meme it is, but the rare one, the one that holds a promise and grounds basis for a true change. A post-truth world that is rising is a world without institutions, or at least without institutions that make sense for most of us, or all of us. People stopped believing in truth because they lost trust in institutions that were guardians of truth. The field of science is mother to many institutions that used to be in business with truth and nowadays seem to just be in business. Universities, research centres, think tanks, ministries, consulting agencies, data centres, libraries, all claim to have access to knowledge that is almost immeasurable and correspond to truth in almost every aspect of human life and nature. People seemingly don’t believe a word of this and started producing truth on their own, usually herded by truth-tellers from other, non-scientific fields, politics or what have you. The loss of trust in institutions is in great part due to their non-transparent workings, or an image of their workings that is easily made so they look like non or even un-transparent. The enormous scale of operations related to contemporary science, publishing plethora being just one facet of this phenomenon is not helping and creates heaps of trouble, independently eroding even further what little trust in institutions has left. Sweeping culture change proposed in the framework of Open Science grounds basis for a truly transparent working in science-related fields, and give hope that trust in institutions, primarily scientifically oriented, but in connection to the political and every other as well, can be rebuilt. If one, off the street, can effectively check the validity of the process leading to, let’s say, a defence of a PhD thesis, and comprehend the usefulness of this process for wider society, or its uselessness and related consequences for everyone involved, it may be a ground for the first step in making institutions involved with this process trustworthy again, and truth, that is scientifically established, singular again.

University library Belgrade has developed a system for digitizing, long term preservation and effective presentation of keyword searchable digital materials in METS-ALTO format. This system provides the backbone for emerging national infrastructure that supports creation and use of machine readable METS-ALTO files. The talk will present a review of the basics of the system along with analysis of its technical and organizational advantages and disadvantages, plans for development and some user statistics.