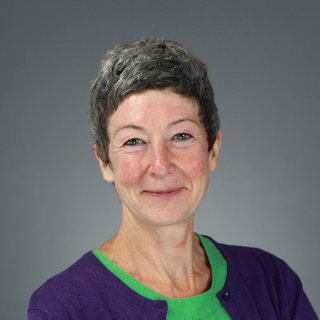 Catriona MacCallum is Director of Open Science at Hindawi Limited. She has 21 years experience in scholarly publishing, including 17 years in Open Access Publishing. She joined PLOS from Elsevier in 2003 to launch PLOS Biology as one of the Senior Editors, leaving as Advocacy Director in 2017. She is a member of the OASPA Board of Directors, the Advisory Board of the Royal Society (Publishing) and DRYAD. She is also on the steering committee of DORA. She is a founding individual of the I4OC (Initiative for Open Citations) campaign. In the past few years, she was also a member of the European Commission’s Open Science Policy Platform. Presentation: The transformative power of Open Science for the scholarly publishing industry ‘Openness’ in science is not a goal for its own sake. Rather, openness is an instrument that, when used responsibly, can fuel a faster, more effective, more reliable, more trustworthy, more equitable and more innovative research communication system. This does not mean that openness is a panacea - there are limits to openness. But, as the COVID pandemic has shown, there is tangible evidence that open science can speed up our understanding of and response to public health emergencies. The benefits of Open Science applies not only to all disciplines but also to the scholarly publishing business itself. This will entail a fundamental shift in how publishers view their role: from that one based on the ownership and control of research outputs, to one that focuses on the creation of tools, products and services that maximise effective and reliable research communication in a globally networked digital age.

All Sessions by Catriona MacCallum

Open Science is accessible, collaborative, transparent, reproducible and re-useable. It is enabled by 21st Century technology but in some respects returns research to the values and principles of scholarship in the 19th Century when researchers actively and often publicly shared their experiments and findings. What has changed is the scale of the research endeavour, from local to global and from print to digital. A transformation to Open Science, in which both the quality and progress of research is enhanced, requires not just a shift in how researchers conduct and disseminate their work but also a sea-change in how publishers and other stakeholders evaluate, communicate and enable the discovery of that work. Open Science also requires an open infrastructure and a radical change in how publishers provide and sell services and tools to the research community so that ownership of articles, data and other outputs lies within the Academy. The challenge we face in achieving this is not the technology, which is already available, or the appropriate infrastructure, which is beginning to be put in place, but the culture and politics of research communication itself. And the greatest challenge is the primacy of the journal and published article and the perverse consequences of this: the legacy of a print distribution which has stifled workflows and business models, hyper-competition which hampers scientific progress and innovation and has blinded stakeholders – even researchers themselves – to the real value and impact of their research. I will discuss some of the building blocks of open infrastructure and a more radical approach to the services that publishers can provide as well as initiatives to change the cultural currency of incentives and rewards for researchers.