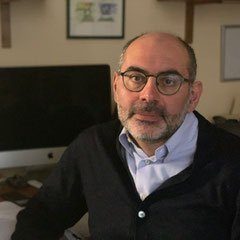 Fabio Giglioni (1971) is Associate Professor of Administrative Law at the Sapienza University of Rome. He has also got a qualification as Full Professor of Administrative Law. At this moment he is enrolled in Department of Political Sciences, where he has been teaching Administrative Law, Health Law, and Environmental Law. He was Visiting Scholar at the Law School of the University of Hull from 2010 to 2011. He is also the Coordinator of the PhD course in Public, international and comparative Law and is also member of the editorial boards of different law journal: Federalismi, Giustamm, Labsus, Munus, Nomos and Rivista trimestrale di Scienza dell'Amministrazione. He coordinated an international research work about disability rehabilitation with three Tanzanian Universities (2014-2016). Experience as consultant and researcher for public bodies of research (MIPA), Ministry (Welfare), National Office against the Racial and Ethnic Discrimination (UNAR), Commission of Guarantee for the Statistical Information (COGIS), Training Centres for the Public Administration (FORMEZ), Regions and Local Authorities. Participation in three National Research Programmes-PRIN (the most important competitive public programme of research for the Italian Universities). Author of the books (2008) L'accesso al mercato nei servizi di interesse generale and (2012) Governare per differenza. Metodi europei di coordinamento. Co-editor: together with Riccardo Acciai, of Pubblici poteri e laicità delle istituzioni (2008); Situation Analysis on Rehabilitation Policy: A Possible Way to the Implementation of the Disability Act of Tanzania (2016); together with Francesca Di Lascio, La rigenerazione di beni e spazi urbani. Contributo al diritto delle città (2017). He issued more than one hundred essays on law journals and books regarding subjects of public service, economic regulation, performance of public service, information technology and public administration, guarantees of consumers, essential levels of health care, telecommunication, statistical information, laity, racial discrimination, administrative procedure, emergency powers, judiciary responsibility, transparency, university system, law of the cities and European banking union. In 2009 the book L'accesso al mercato nei servizi di interesse generale was nominated among the 12 “Law Books of Year” by the “Club of Jourists”.

All Sessions by Fabio Giglioni

The one-year aged Shared Community Laboratory of the Department of Political Sciences has the objective of mapping, analyzing and offering perspectives of planning and supporting actions to the citizens for the numerous experiences of care and regeneration of the city of Rome, to the active processes of democratic citizenship aimed at the use and the transformation of urban spaces. At the same time, those citizens have an active role in the Laboratory for the students.