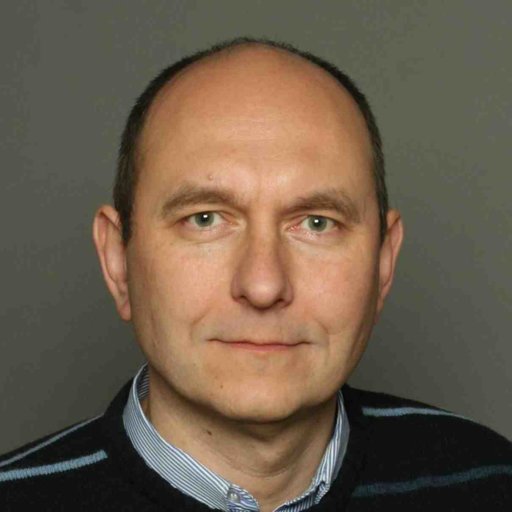 Prof. Janusz Smulko’s research interests are random from signals used as a source of information for the detection of gases, types of corrosion and to assess the quality of materials and electronic components. He has published over 150 scientific papers, authored 2 monographs and co-authored two academic textbooks. His work has been cited more than 600 times, and the Hirsch index is 16 (Scopus, Dec. 2017). Since 2013 he is the head of the Department of Metrology and Optoelectronics. He defended 4 doctorates (all with honors) and he is the tutor of 4 doctoral students. Editor-in-chief of the ‘Science Bulletin’ of the Faculty of Electronics, Telecommunications and Informatics at GUT (2012-2013). Editor-in-chief of “Metrology and Measurement Systems” (since 2016, the IF for 2015 is 1,140). Member of the Committee of Metrology and Scientific Instrumentation of the Polish Academy of Sciences (since 2011). Chairman of the IEEE Computer Society Chapter Gdańsk. He reviewed 7 doctoral theses and 3 habilitation procedures. He managed 6 research projects and he was awarded with 16 GUT Rector prizes. He was awarded the Silver Cross of Merit (2003) and the Medal of the National Education Commission (2009).

All Sessions by Janusz Smulko

A research perspective from Poland on Open Science

“Open Science” is emerging and one of the “buzzwords” among the scientific community around the globe. It is not easy to define and contain many aspects, shadows and a multitude of assumptions that are rather hard to implement together at the same time. Open Science is a topic accompanied by a vivid discussion of different stakeholders from a scholar, librarians, publishers or IT staff. Each country has its own road to achieving Open Science. There are several good practices and models from many countries such as the Netherlands, the United Kingdom or the United States. Poland is one of the countries where the idea of Open Science is still in the developing phase. However, recently it has been observed an uprising trend to increase a significant number of scientific and research projects using the idea of Open Access and Open Research Data. Gdańsk University of Technology (GUT) is strongly involved in disseminating and promoting the idea of Open Science. Our scientific journals are fully based on the Open Access model. Setting up the institutional repository and scientific platform The Bridge of Knowledge, helped us to reach a large number of scholars that are willing to share their research findings. Our next step for Open Science will be more challengeable. The Bridge of Data project is strongly in line with the European Commission strategy to build up the infrastructure and awareness of the benefits of opening research data. At GUT and in cooperation with other institutions from the Pomeranian region (the University of Gdańsk and Medical University of Gdańsk), not only the data repository will be established but in addition the Training and Competency Center. We would like to provide for scientists the infrastructure and support at the same time to achieve satisfactory results in sharing research data.