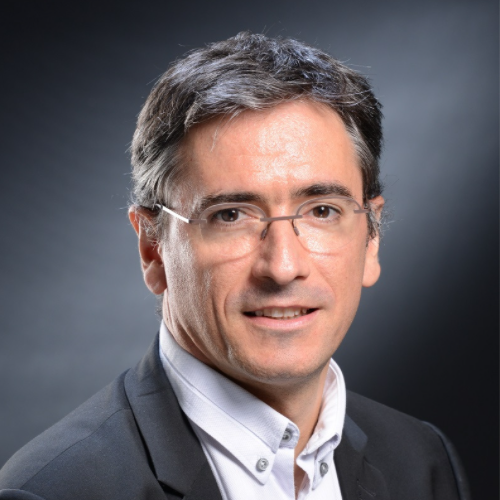 Julien Roche served as Director of the libraries of the University of Lille – Sciences and Technologies from 2005 to 2018, where he led a strategic project for the university: the creation of the LILLIAD Innovation Learning Center, to support the innovation process of the university, including a new building opened in September 2016.
Following a merger of Lille’s three universities he became, in March 2018, director of libraries at the newly enlarged University of Lille. From 2010 to 2016, Julien served on LIBER’s Executive Board. He was also Chair of the LIBER Steering Committee on Reshaping the Research Library and led the Leadership Working Group, which is responsible for two leadership programs: the Emerging Leaders programme (part of the LIBER brand since 2011) and the LIBER Journées programme, launched in 2015. In July 2018, he was elected as LIBER Vice-President.
Julien Roche also has several national responsibilities including co-chair of the “European and international” college of the French Open Science Committee since July 2018.

Next Event: Chapter XXXVIII of Focus on Open Science: Budapest
Presentation: The French National Plan for Open Science season 2, towards the generalization of Open Science in France.

France has set a first advanced and dynamic policy for Open Science through the introduction of a national Plan in 2018. 3 years after, the initial Plan has been completed to deliver a comprehensive strategy and achieve the ambition of 100% open access publications by 2030. In order to generalise the practice of Open Science, the scope has been extended to include new actions, like opening up and promoting sourcecode produced by research and further promotion of data sharing and openness through the creation of the “Recherche.Data Gouv” initiative, a national federated research data platform. Substantial progress has been made in the three years since the Open Science policy was introduced. The Plan now involves initiating a process of sustainable transformation in order to ensure that open science becomes a common and shared practice among the research communities, supported by the whole ecosystem of higher education, research and innovation in France. The paper will present the lessons learnt from the first national Plan and the ambition of the second one.

All Sessions by Julien Roche

Abstract: Open Science is probably the most challenging issue research stakeholders will have to tackle in the coming years. It will indeed become a key area for research institutions, as pointed out recently by the European Commission in the Towards a 2030 vision on the future of universities in Europe report - https://op.europa.eu/s/oUhE . Many players have published or are currently producing their roadmap for Open Science. This paper will present two important and hopefully helpful initiatives. The former is the LIBER one. Research libraries across Europe are usually in a proeminent position to support Open Science in the research communities. LIBER, the main European association of research libraries, has made an early move in 2018 to help its members by publishing its « LIBER Open Science roadmap », as a central action in its 2018-2022 strategy. The latter is the French one, also published in 2018, leading to the creation of a French national committee for Open Science, able to develop several actions including the coordination of local policies at a national level when relevant or the management of a national fund for Open Science.