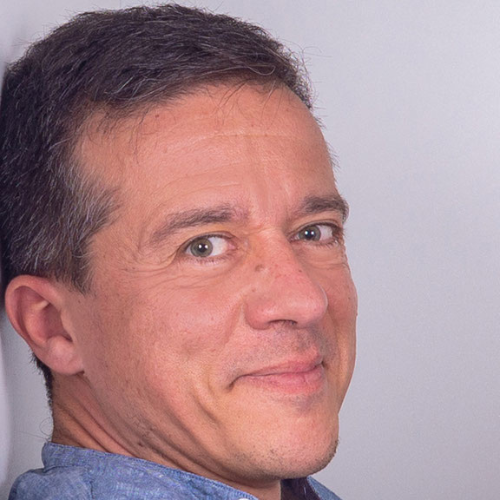 Born in 1970 in France, Nicolas Fressengeas earned a PhD in physics in 1997, was granted the right to supervise PhDs in 2001 and became Full Professor in 2004 in the university of Metz, which merged in 2012 into the University of Lorraine. His research interests evolved from non-linear optics to optical materials, involving both experimental and theoretical work, with an emphasis on simulation and optimization in the last decade. He is teaching physics, digital physics, computer science, university pedagogy and Open Science. From 2012 to 2017, he was an actor of the university teaching transition involving digital technologies to situate student learning at the heart of the teaching activity. Following, in 2017, he used this experience to create the applied physics master's degree in his university, alongside taking the head of his laboratory. Finally, he was appointed university Open Science officer in 2019, which allowed him to take in charge the editorial and data policies, and to get involved in the boards of the national Open Science infrastructures (HAL, Recherche Data Gouv, Institute for Scientific and Technical Information), in national and European working groups on research assessment, as well as in the national council on research integrity. This position evolved in 2022 into the vice presidency of his university, in charge of the digital, data an open science policies.

Presentation: Open Science Strategy in Lorraine University with a Focus on Scholarly Edition, FAIR Data and Research Assessment
The Open Science strategy in the Université de Lorraine is a decade old but has been reinforced thanks to the publication of the two French National Plans for Open Science. The first edition of the plan was focusing on opening scholarly communication and FAIR data : these two objectives became central in Lorraine from 2019 up to now. The Open Science policy was designed by a steering committee involving all stakeholders : researchers, decision makers and data, computer and information professionals. It decided on an initial policy dedicated to building the necessary Open Science infrastructures, with two teams dedicated to helping researchers get their hands on them. 2022 saw the Paris Call on Research Assessment, a keystone in the scenery which aims at properly recognizing the Open Science new tasks in the researcher already pretty full basket, as well as bringing some coherence to the diverging incentives for researchers. The Université de Lorraine has dedicated one whole part of its Human Resources Strategy for Researchers label (HRS4R) to this crucial transition. The job is starting in Lorraine, but strong incentives have already been built nationally and the results are already starting to blossom.

All Sessions by Nicolas Fressengeas

Nicolas Fressengeas, Vice President in charge of Digital, Data and Open Science at the University of Lorraine: Open Science Strategy in Lorraine University with a Focus on Scholarly Edition, FAIR Data and Research Assessment