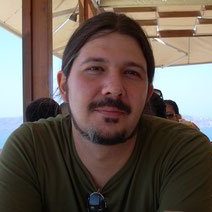 Dr. Paolo Anagnostou is a Biologist and he is currently working as a research fellow of the Department of Environmental Biology of the University of Rome “La Sapienza”. He has a PhD in “Biodiversity and Evolution” from the University of Bologna. His main research interest is Molecular Anthropology and his more recent research activities focused on reconstructing the demographic history and the relations among southern Tunisian populations as well as exploring the genetic and genomic diversity of populations subject to isolation factors. In the last few years, he grew an interest on Open Science, especially in Open Research Data. He participated in several research projects aimed at investigating the rates and ways research data are shared in the fields of human genetics and genomics. He is also a founding member of the Italian Association for the promotion of Open Science (AISA). A non-profit organization whose goal is to advance open access to knowledge.

All Sessions by Paolo Anagnostou

In recent years there has been a growing consensus among scientific communities that the possibility to get access and reuse data may help scientific progress allowing better exploitation of information and optimized use of resources in a climate of scientific openness and transparency. This becomes even more important for those scientific fields whose findings and outputs can strongly impact our life and the way we think, such as human genetic research. This discipline has witnessed a constant and rapid development in the past decades and the consequent all increasing amount of genetic data produced, falling to both the so called small and big data categories, have found a wide range of applications in different scientific fields, like biomedicine, human evolution and forensics. Given these premises, understand how much, in which way and why researchers in this field share, or withhold, their data is fundamental for the identification of critical aspects and the development of strategies aimed at increasing their availability for the scientific community as a whole. To this end, we explored both small data (genetic) and big data (genomic) sharing practices in the above-mentioned fields through in-depth scrutiny of papers. Our results tell a two-path story. One path narrates two scientific communities: Paleogeneticists and Forensic scientists, who, due to the shared effort towards reproducibility and transparency of scientific practices, successfully embraced good data sharing practices, reaching around 97% and 86% of data sharing rates, respectively. The second path, on the contrary, tells us about the biomedical community for which data sharing is quite uncommon. In fact, data availability in this discipline ranges from 64% for small data to a poor 18% for big data (combined value for SNP chip and Next Generation Sequencing data), even though the availability of several digital infrastructures specifically designed to host and disseminate these types of data as well as mandatory data sharing policies implemented by publishers and funders. Potential conflicts with ethical and privacy issues and/or being a highly competitive field of research and having connections with industry may combine and make biomedical researchers less willing to share their data. In conclusion, we believe that to invert the trend and popularize good data sharing practices, research stakeholders must commit to set up tailored approaches for each research field taking Paleogenetics and Forensic science communities as an example. At the same time, we all must make an effort to increase awareness on the importance of robust a sustainable data sharing for scientific progress, especially among young researchers.