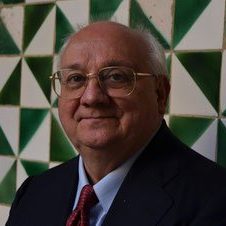 Full Professor of Microbiology at the University of Barcelona (1988-2013), Emeritus. Adjunct Professor at the University of Massachusetts-Amherst (2001-present). President of the Spanish Society for Microbiology, SEM (2007-2014) and Vice-president of the Confederation of Scientific Societies of Spain, COSCE (2013-present). Besides his activity in research and teaching at the university, he has worked on different programs and activities on behalf of the communication of science in Spain, Latin America, and the United States, and of the public understanding of science in different countries. Editor in chief of International Microbiology, SEM (1998-2014) and of Contributions to Science, IEC (1999-present). Currently, he is the Academic Director of the Academia Europaea office for the Mediterranean (AE-Barcelona Knowledge Hub), located in Barcelona.

All Sessions by Ricard Guerrero

Initiatives of the AE-Barcelona Knowledge Hub on behalf of Open Science. The first five years (2013-2017)

The future of the Open Access initiative has been the subject of heated discussion among scientists, publishers, learned societies, librarians and even government funding agencies, since 2001. The main questions being debated are: (a) should all scientific literature be open access?, (b) if so, how should the costs of publishing be met?, and (c) who should cover these costs? In the European Union, most scientific research is funded by public institutions, either regional, national or through the EC research programmes, or through several agencies/actions, as ERC, COST, etc. At the same time, the majority of scientific articles authored by European researchers are published in journals for which individuals or institutions have to pay either subscription fees or pay for downloading individual articles. Traditionally, authors have been compelled to transfer their copyrights to the publisher, which becomes the sole owner of the published material. In fact, under the old concept of copyright, the publisher had exclusive and unlimited rights to reproduce and distribute the article, as well as translation rights. Were this rule to be strictly followed, most copies of articles that researchers keep in their computers or offices around the world would be “illegal”. We will discuss the position of many researchers members of the Academia Europaea on the Open Science initiatives. Founded in 1988, the Academia Europaea (AE) is an international, non-governmental, not-for-profit association of individual scientists and scholars from all disciplines, recognised by their peers as experts and leaders in their own subject areas. AE members are leading scientists and scholars who collectively promote research, learning and education. The AE recognises genuine international excellence and supports the culture of European research through dialogue and collaboration. AE membership now numbers well over 3500, including more than 75 Nobel laureates. The AE is pan-European, and its elected members are drawn from the whole European continent and also from non-European countries. The AE has currently 22 thematic sections